Composer Panu Aaltio has been presented with the International Film Music Critics Association Award for Best Documentary Score in 2012, for his score for Metsän Tarina, by IFMCA members Jon Broxton and Craig Richard Lysy. 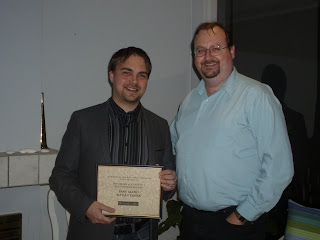 This is Aaltio’s first nomination and first win. The other nominees in the documentary category were Kingdom of Plants by Joel Douek, Freddy Sheinfeld and Elik Alvarez, Los Mundos Sutiles by Pascal Gaigne, Samsara by Lisa Gerrard and Michael Stearns, and Shakespeare & Us by Miguel d’Oliveira.
Metsän Tarina, known in English as The Tale of a Forest, is directed by Kim Saarniluoto and Ville Suhonen, and is a sweeping, beautiful look at the rich animal and plant life that makes its home in the spectacular forests of northern Finland, and the obstacles both must overcome as the seasons change. Thematic, expressive, colorful and lively, Aaltio’s multi-faceted orchestral score accompanies the trials and tribulations of those that live in the region with drama, adventure, playfulness, and a vivid sense of wonder. IFMCA member James Southall called Aaltio’s music “simply exquisite” and hailed the score as “one of the most impressive of 2012”

Aaltio was born in the small town of Nurmijärvi in Finland in 1982. A classically trained cellist since the age of six, Aaltio studied at the Sibelius Academy in Helsinki, and at the University of Southern California in Los Angeles, where he received the Harry Warren Scholarship for Excellence in Film Scoring. He began his career working with fellow Finnish composer Tuomas Kantelinen on scores such as Mother of Mine, Year of the Wolf and Arn: Tempelriddaren, and scored several small Finnish TV projects, before making his mainstream film music debut with the film The Tale of Dark Butterflies in 2008, for which he received a Jussi Award nomination, Finland’s equivalent of the Oscars

Since then, Aaltio’s credits have included the video game Apache Air Assault in 2010, the fantasy action-adventure Dawn of the Dragonslayer in 2011, and the thriller Syvälle Salattu (Body of Water), also in 2011. Three of his scores – including Metsän Tarina – have been released by the independent record label MovieScore Media, and are available for purchase here.

Check the article here: http://filmmusiccritics.org/2013/02/panu-aaltio-receives-ifmca-award-for-metsan-tarina/
Posted by Unknown at 2:12 PM No comments:

Prestigious Spanish film music awards, just had their nominees announced. The Spanish winners eventually will be heading to the FIMUCITE Festival, where they will handed their awards, with the Tenerife Symphony Orchestra playing suites of their winning scores. 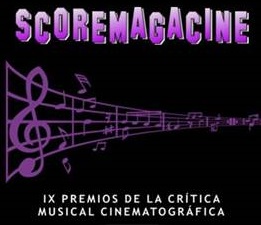 Here are the nominees: 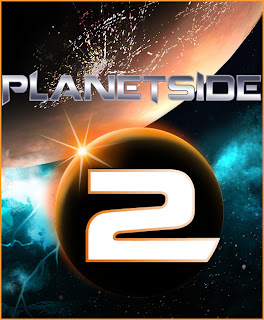 Hailed by PC Gamer magazine as "The most ambitious shooter ever" and recipient of numerous 2012 Game of the Year awards, PlanetSide 2 is a free-to-play game where players battle in massive environments alongside and against thousands of players engaging in intense air and ground combat that spans the alien planet of Auraxis. In PlanetSide 2, players choose enlist in one of three unique Empires, each having their own distinct sonic approach. The imperialistic Terran Republic features authoritarian orchestra and choir, recorded by the Northwest Sinfonia. The rebellious New Conglomerate is represented by a unique fusion of blues, rock, and modern percussion. The alien-aligned Vanu Sovereignty showcases an eclectic blend of cutting-edge electronics, ethnic wind instruments, and haunting exotic vocals.

Jeff Broadbent commented: "Composing the score for PlanetSide 2 was a great experience. The game is a landmark in first-person-shooters, and the opportunity to craft unique soundtracks for each of the three Empires was extremely rewarding."

Broadbent continued: "For the Terran Republic, noble brass, soaring strings, massive percussion, and choir highlights propelled the action. Recorded by the Northwest Sinfonia, their score is a massive, mighty tribute to the military power of this faction. The blues-rock of the New Conglomerate infused a grass-roots vibe to this rebellious faction, while the blending of modern percussion gave a technological edge to their sound. The pulsing synths, evolving electronics, spiritual wind instruments and vocals of the Vanu Sovereignty conceived a sound that is both progressive and timeless, a symbol of their vision for the future and reliance upon ancient technology."

About Jeff Broadbent
Jeff Broadbent is a Hollywood Music in Media Award nominated artist whose passion for music and sound has found expression with blockbuster games such as PlanetSide 2, Transformers: Dark of the Moon, and I Am Alive; game developers such as Sony Online Entertainment, Ubisoft, and High Moon Studios; game publishers such as Activision and THQ; work for trailer music libraries; music on prime-time television for networks including CBS, MSNBC, the Discovery Channel, National Geographic, VH1, and more. His classical training with the orchestra (Master's in Composition) and film scoring (UCLA program), combined with technical expertise and cutting-edge technology, allow him to compose with cinematic quality for a variety of diverse projects. For more information visit www.jeffbroadbent.com.

About PlanetSide 2
PlanetSide 2 takes all the groundbreaking features from the original game - massive multiplayer battles, distinct empires to rally around, and enormous continents where intense ground and air combat unfold - and adds features that modern gamers have come to expect of the FPS and MMO genres. PlanetSide 2 offers a truly competitive and visceral first-person shooter experience with massive warfare, massive customization and massive community. PlanetSide 2 ESRB Rating: TEEN with Violence. PlanetSide® is a registered trademark of Sony Online Entertainment LLC.

For more information visit www.PlanetSide2.com.
Posted by Unknown at 7:49 PM No comments:

The International Film Music Critics Association is proud to announce the launch of IFMCA Radio, a new audio feature which will bring a new, dynamic aspect to the IFMCA’s work.

This inaugural broadcast of IFMCA Radio celebrates the music nominated for the 2012 IFMCA Awards, and features selections by several members which represent, in their opinion, some of the best individual film, TV and video game cues from 2012.

The complete list of 2012 IFMCA Award nominees can be found HERE.

The broadcast also includes a brand new piece of music, the “IFMCA Fanfare”, which was written exclusively for the IFMCA by composer David Coscina. 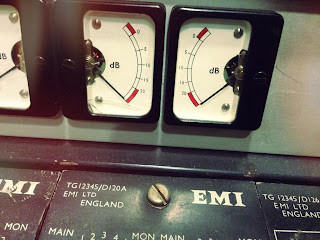 Click here to browse the photoset.
Posted by Unknown at 9:03 AM No comments: 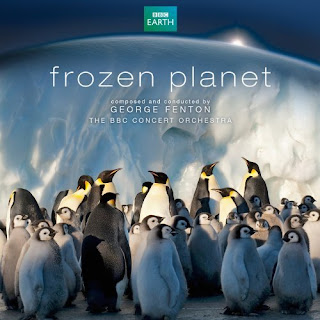 After a long wait, comes through a CD release, George Fenton's exceptional score for the 2011-today BBC documentary tv mini-series, "Frozen Planet". The series focused on life and the environment in both the Arctic and Antarctic, features the voices of David Attenborough and Alec Baldwin among others, breathtaking visuals and exceptional music by the composer who did all the similar previous BBC features such as Life, Earth, Deep Blue, Planet Earth.

DARIO MARIANELLI and other artists - QUARTET (2013) 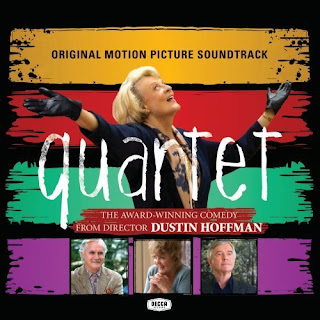 What is it?
Directed by Dustin Hoffman and based on the play by Ronald Harwood. The film stars Maggie Smith, Tom Courtenay, Pauline Collins and Billy Connolly as retired Opera singers who annually put on a concert to celebrate Verdis birthday. The arrival of the fourth member of the quartet, Jean (Smith) disrupts the equilibrium. This results in old rivalries and theatrical temperaments and it becomes unclear if the show will or will not go on.

Find more about it here:
http://www.amazon.com/Quartet-Luciano-Pavarotti/dp/B00A1EOC22/ref=zg_bsnr_42_11

Posted by Unknown at 8:18 PM No comments: 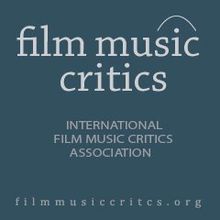 FEBRUARY 7, 2013 — The International Film Music Critics Association (IFMCA) announces its list of nominees for excellence in musical scoring in 2012. The largest numbers this year are, for the most part, split evenly between four composers, all of whom received four nominations: MYCHAEL DANNA, ALEXANDRE DESPLAT, FERNANDO VELÁZQUEZ and veteran composer JOHN WILLIAMS.
The nominations for Danna, Velázquez and Williams were each for a single score – director Ang Lee’s vivid shipwreck drama LIFE OF PI, director Juan Antonio Bayona’s harrowing tsunami drama THE IMPOSSIBLE [LO IMPOSIBLE] and director Steven Spielberg’s look at the last months of the life of Abraham LINCOLN, respectively.

Desplat’s nominations were for his body of work in 2012 which included writing IFMCA Award-nominated music for the quirky comedy MOONRISE KINGDOM, the storybook animation RISE OF THE GUARDIANS, and the contemporary war thriller ZERO DARK THIRTY, as well as for the 1970s espionage thriller ARGO, the realistic French romantic drama RUST AND BONE [DE ROUILLE ET D’OS], the Italian satirical comedy REALITY, and the French-language biopic CLOCLO.

The other nominees for Film Score of the Year are the ambitious sci-fi drama CLOUD ATLAS by Tom Tykwer, Johnny Klimek and Reinhold Heil (two nominations), and director Peter Jackson’s epic fantasy prequel THE HOBBIT: AN UNEXPECTED JOURNEY by Howard Shore (two nominations).
Danna, Desplat, Velázquez and Williams are also short-listed for Film Composer of the Year along with DANNY ELFMAN, who enjoyed a stellar year composing music for such popular and successful films as DARK SHADOWS, FRANKENWEENIE, HITCHCOCK, MEN IN BLACK III, PROMISED LAND and SILVER LININGS PLAYBOOK.

The IFMCA recognizes emerging talent in the film music world, and this year is no exception. The nominees in the Breakout Composer of the Year category include young Spanish composer ZELTIA MONTES for her work on the Spanish feature drama VILAMOR; composer DAN ROMER and composer/director BENH ZEITLIN for their captivating bluegrass-flavored score for the critically acclaimed BEASTS OF THE SOUTHERN WILD; JOSEPH TRAPANESE for his work on the animated TV show TRON: UPRISING; NATHAN JOHNSON for his unconventionally percussive music for the acclaimed sci-fi thriller LOOPER; and composer/conductor NIC RAINE, a long time associate of the late John Barry and contributor to Silva Screen and Tadlow Music’s series of re-recordings, who has begun to establish his own musical voice through his score for the German-language thriller WIR WOLLTEN AUFS MEER.

FILM MUSIC COMPOSITION OF THE YEAR
“The Cloud Atlas Sextet for Orchestra” from CLOUD ATLAS, music by Tom Tykwer, Johnny Klimek and Reinhold Heil
“The Impossible Main Title” from THE IMPOSSIBLE, music by Fernando Velázquez
“John Carter of Mars” from JOHN CARTER, music by Michael Giacchino
“Pi’s Lullaby” from LIFE OF PI, music by Mychael Danna and Bombay Jayashri
“The Peterson House and Finale” from LINCOLN, music by John Williams
Other 2012 Categories

The International Film Music Critics Association (IFMCA) is an association of online, print and radio journalists who specialize in writing about original film and television music.
Since its inception, the IFMCA has grown to comprise almost 60 members from countries as diverse as Belgium, Canada, Cyprus, France, Germany, Greece, Ireland, Italy, the Netherlands, Norway, Poland, Spain, Sweden, Switzerland, the United Kingdom, and the United States of America.
Previous IFMCA Score of the Year Awards have been awarded to John Williams’ WAR HORSE in 2011, John Powell’s HOW TO TRAIN YOUR DRAGON in 2010, Michael Giacchino’s UP in 2009, Alexandre Desplat’s THE CURIOUS CASE OF BENJAMIN BUTTON in 2008, Dario Marianelli’s ATONEMENT in 2007, James Newton Howard’s LADY IN THE WATER in 2006, John Williams’ MEMOIRS OF A GEISHA in 2005 and Michael Giacchino’s THE INCREDIBLES in 2004.

www.filmmusiccritics.org
Posted by Unknown at 7:28 PM No comments: 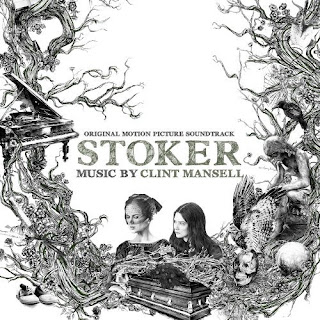 More about it on amazon.com

Check out the new interview with the magnificent composer of W.E. and this year: "Escape from Tomorrow": a fantastic orchestral score full of fantasy elements and old-school lyrical Romanticism  for one low-budget indie movie that is taking Sundance and festivals by storm! Stay tuned to find out more about the album soon.

New score for the composer. 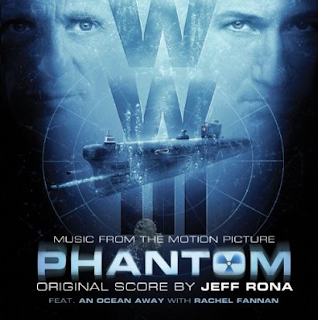 Ed Harris plays the captain of a Cold War Soviet missile submarine who has secretly been suffering from seizures that alter his perception of reality. He is rushed into a classified mission, where he is haunted by his past and challenged by a rogue KGB group (led by David Duchovny) bent on seizing control of the ship's nuclear missile. Jeff Rona delivers a mysterious and suspenseful score. At times hypnotic and eerie, then again energized and action pact, the score beautifully captures the tension between the main protagonists and the agonizing dilemma faced by the submarine's captain.

After a pretty good year in 2012, Deborah returns with more new music! 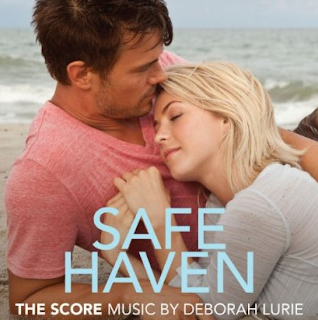 SOUND CLIPS and info: http://www.amazon.com/Haven-Original-Motion-Picture-Score/dp/B00BA5DSIU/ref=wl_it_dp_o_pC_nS_nC?ie=UTF8&colid=37FHEQFL7XLQK&coliid=IQ6DZGC9YBDAC
Posted by Unknown at 12:02 AM No comments: 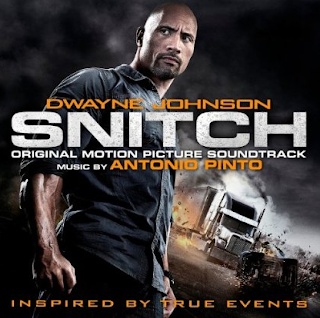 Find out more about it here: http://www.amazon.com/Snitch-Original-Motion-Picture-Soundtrack/dp/B00B888L7W/ref=wl_it_dp_o_pC_nS_nC?ie=UTF8&colid=37FHEQFL7XLQK&coliid=I2I39OICHWFHJ1
Posted by Unknown at 12:00 AM No comments: