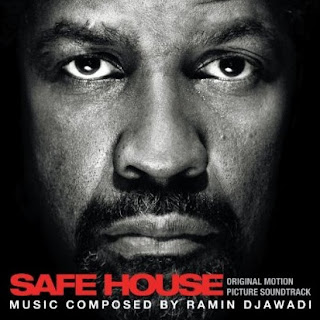 Oscar winner Denzel Washington and Ryan Reynolds star in the action-thriller Safe House.  Washington plays the most dangerous renegade from the CIA, who comes back onto the grid after a decade on the run.  When the South African safe house he's remanded to is attacked by mercenaries, a rookie operative (Reynolds) escapes with him.  Now, the unlikely allies must stay alive long enough to uncover who wants them dead.

For the past year, Matt Weston has been frustrated by his inactive, backwater post in Cape Town.  A "housekeeper" who aspires to be a full-fledged agent, the loyal company man has been waiting for an opportunity to prove himself.  When the first and only occupant he's had proves to be the most dangerous man he's ever met, Weston readies for duty.

Tobin Frost has eluded capture for almost a decade.  One of the best ops men that the CIA's known, the ex-intelligence officer has given up assets and sold military intel to anyone with cash since he turned.  From trading secrets to North Korea to aiding splinter cells, the damage he's done to the U.S. is immeasurable.  And he's now back on the reservation with a secret.

As soon as Frost is brought in for debriefing, mercenaries come and tear apart Weston's safe house.  Barely escaping, the unlikely partners must discover if their attackers have been sent by terrorists or someone on the inside who will kill anyone standing in the way.  Now it's up to Weston to figure out who he can trust before they're both eliminated from the game. 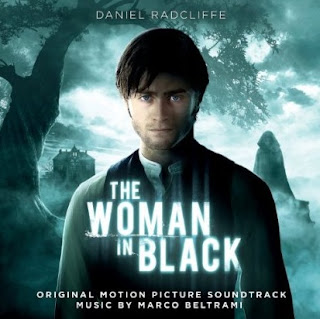 Audio CD (March 27, 2012)
Number of Discs: 1
Format: Soundtrack
Stay tuned for more info as it becomes available!
Posted by Unknown at 2:16 AM No comments: 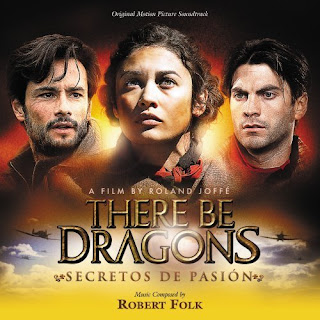 THERE BE DRAGONS: SECRETOS DE PASIÓN

Written and directed by Academy Award-nominated filmmaker Roland Joffé (The Mission, The Killing Fields) THERE BE DRAGONS: SECRETOS DE PASIÓN is an epic action-adventure romance set during the turmoil of the Spanish Civil War.  The story traces the parallel stories of Manolo Torres (Wes Bentley), a fascist spy who has to struggle with his internal conflicts, the woman he loves (Olga Kurylenko) and his main enemy in the field of war (Rodrigo Santoro), and Jose Maria Escriva (Charlie Cox), a priest who has to choose between his holy duty and the love for his country.

Composer Robert Folk has created a heroic, powerful and sweeping score for choir and orchestra.

Tayrona Entertainment will be opening THERE BE DRAGONS: SECRETOS DE PASIÓN in limited engagements beginning in December and continuing into the new year. 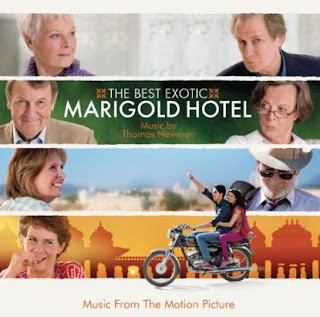 Product details
Audio CD (27 Feb 2012)
Number of Discs: 1
Label: Sony Classical
For a disparate group of English pensioners (Judi Dench, Bill Nighy, Maggie Smith, Tom Wilkinson, Penelope Wilton, Celia Imrie and Ronald Pickup), retirement takes an unconventional turn when they abandon their homeland, enticed by advertisements for The Best Exotic Marigold Hotel, a seemingly luxurious sanctuary for “the elderly and beautiful” in Jaipur, India. On arrival, they discover that the hotel falls somewhat short of the romantic idyll promised in the brochure, but they are gradually won over by the ever-optimistic young manager Sonny (Dev Patel), and tentatively embark on a new adventure, finding that life can begin again when you let go of the past.
The original soundtrack is the work of Thomas Newman, one of the most respected composers in the movie business, who has scored over fifty feature films including The Iron Lady, American Beauty, Shawshank Redemption, Wall-E, Finding Nemo and The Green Mile, as well as writing the memorable theme music for the TV series Six Feet Under. Newman has been nominated for an Academy Award on no less than ten occasions, nine times in the category Best Original Score and once for Best Original Song. He has won a BAFTA, two Grammys and an Emmy, and has also been nominated for a Golden Globe.
Born in Los Angeles, Yale-educated Thomas Newman comes from a prominent Hollywood musical dynasty: his father, brother, sister and uncle have all composed for movies, and the singer-songwriter Randy Newman is his cousin.
More info here: http://www.amazon.co.uk/Best-Exotic-Marigold-Hotel/dp/B006WG004W 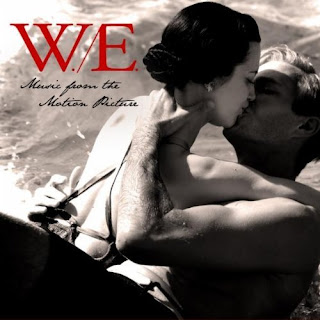 Interscope Records will be releasing the official soundtrack album for Madonna’s drama W.E. The album features the original score from the movie composed by Abel Korzeniowski (A Single Man) who received a Golden Globe nomination for his music.
Here's the official movie site: http://we-movie.com/
Here's our TOP OF 2011 SCORES article where this gorgeous musical work is featured: http://www.demetrischristodoulides.com/2012/01/12/a-year-in-film-music-the-best-of-2011/
Here’s the album track list:

MARCO BELTRAMI's score for THE WOMAN IN BLACK released (2012, cd) 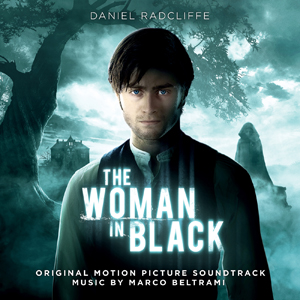 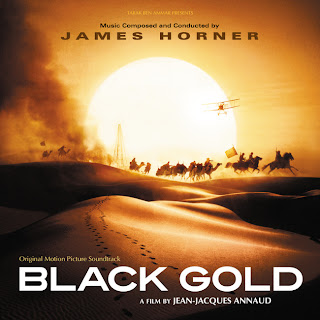 Varese Sarabande just released the track list and cover art of "Black Gold":
1. Main Title — A Desert Truce (6:34)
2. Horizon To Horizon (3:59)
3. The Wonders Of Wealth (1:49)
4. “I Have Chosen You” (3:22)
5. “You Were A Prince” (1:47)
6. Leaving As An Emissary (5:19)
7. Father And Son (1:50)
8. Phantom Army (1:48)
9. “So This Is War” (1:56)
10. The Blowing Sands (4:27)
11. Fresh Water (1:51)
12. One Brother Lives, One Brother Dies (6:44)
13. Battle In The Oil Fields (5:13)
14. A Kingdom Of Oil (8:43)
Tahar Rahim     Antonio Banderas     Mark Strong     Freida Pinto
BLACK GOLD
Original Motion Picture Soundtrack
Music Composed by
James Horner
(Titanic, Avatar. Aliens)
Under the unforgiving desert sky, two warring leaders come face to face.
The victorious Nesib, Emir of Hobeika, lays down his peace terms to his rival Amar, Sultan of Salmaah. The two men agree that neither can lay claim to the area of no man’s land between them called The Yellow Belt. In return, Nesib will adopt Amar’s two boys Saleeh and Auda as a guarantee that neither man can invade the other.
Twelve years later, Saleeh and Auda have grown into young men. Saleeh, the warrior, itches to escape his gilded cage and return to his father’s land. Auda cares only for books and the pursuit of knowledge. One day, their adopted father Nesib is visited by an American from Texas. He tells the Emir that his land is blessed with oil and promises him riches beyond his wildest imagination. Nesib imagines a realm of infinite possibility, a kingdom with roads, schools and hospitals all paid for by the black gold beneath the barren sand. There is only one problem. The precious oil is located in the Yellow Belt.
The stage is now set for an epic showdown for control of the Yellow Belt, for control of the two kingdoms, for control of the future.
James Horner is one of the most celebrated modern film composers. Having created the music for dozens of the most memorable and successful films of the past two decades, Horner was honored with two Academy Awards and two Golden Globes for James Cameron’s Titanic.
In addition, he has earned Academy Award nominations for his Original Scores for Avatar, House of Sand and Fog, A Beautiful Mind, Braveheart, Apollo 13, Field of Dreams and Aliens, and for the Original Song “Somewhere Out There“ from An American Tale.
Horner’s sweeping dramatic score for Black Gold is an integral element to the film which will transport audiences into the heart of the Arabian desert.
Warner Bros. and Universal Pictures will open the film internationally beginning December 23, 2011.
Varese Sarabande Catalog # 302 067 134 2
Release Date: 02/14/12
LISTEN TO THE SCORE HERE:
http://www.cinemamusica.de/1706/epik-und-romantik-im-arabien-der-30er-jahre-first-listen-zu-james-hornes-black-gold
Posted by Unknown at 8:57 AM No comments:

Please direct your browsers over at http://www.demetrischristodoulides.com/2012/01/12/a-year-in-film-music-the-best-of-2011/ to our article containing 5 full movie / score reviews with composer bios, movie trailers and sound clips from the 15 top 2011 scores.
Enjoy and please feel free to comment!
Posted by Unknown at 4:05 AM No comments: 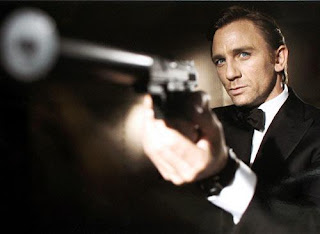 In most exciting news, we are learning from FMR that MI6 – The World of James Bond (http://www.mi6-hq.com/news/index.php?itemid=9922&catid=107&t=mi6&s=news ) is reporting that Thomas Newman will be scoring the newest James Bond movie Skyfall. Check out the link here: http://filmmusicreporter.com/2012/01/04/thomas-newman-to-score-skyfal/

Michael G. Wilson and Barbara Broccoli today announced that composer Thomas Newman will score the 23rd James Bond film, SKYFALL. “We are delighted to confirm that Thomas Newman will score SKYFALL. Thomas is one of the most respected and successful composers, he has a long history of working with Sam Mendes and we look forward to welcoming him into the Bond family,” commented Michael. G Wilson and Barbara Broccoli.

Said Newman today, “I’m incredibly excited to be working with Sam again. It’s a real thrill to be able to collaborate on something as special as a Bond movie.”

Thomas Newman, born on 20th October 1955 in Los Angeles, California, has scored four of Sam Mendes’s previous movies: American Beauty, Road to Perdition, Jarhead and Revolutionary Road. He has composed the music to more than fifty films and television series including Erin Brockovich, The Shawshank Redemption and Wall-E and has earned ten Academy Award nominations, won a BAFTA, five Grammys and an Emmy.

Newman takes over musical duties from David Arnold who is currently Music Director of the London Olympic and Paralympic closing ceremonies. David will continue to be involved with the 50th anniversary of Bond and recently produced the John Barry Memorial Concert at the Royal Albert Hall.

Said Arnold of the news: “I’m a huge fan of Thomas Newman so I am as excited as anyone to see where Sam Mendes and his team take James Bond on his 50th anniversary.”
Posted by Unknown at 6:08 PM No comments: 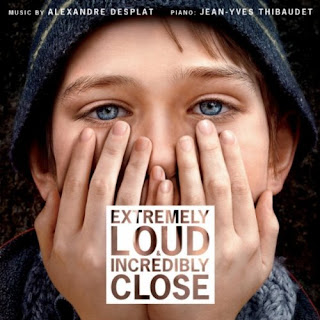 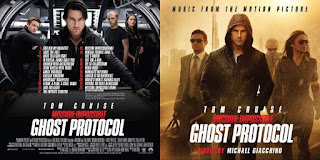 Quoting from ain't it cool news:

A couple of weeks ago at approximately eleven-hundred hours, I was able to view a top secret macro-film codenamed MISSION: IMPOSSIBLE – GHOST PROTOCOL (2011). It's one of the more sensational action films I've observed in several decades and one of my favorite movies of 2011. Other agents may try to view this film utilizing more compact projection methods but I learned through diligence in the field that the only way to properly experience it is by employing an Image MAXimum presentation system or IMAX for short. The 70mm footage saturating the near-entirety of the picture is not an amateurish ruse hacked together by some rookie agency. It's an elevation…literally!

Posted by Unknown at 5:41 PM No comments: 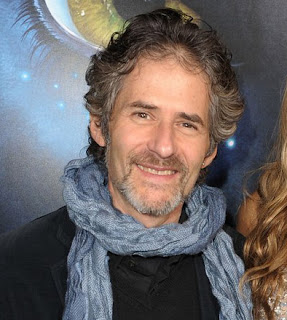 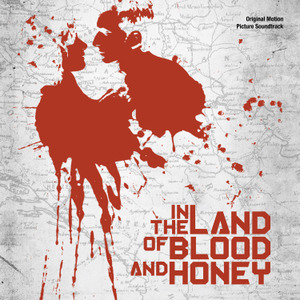 In The Land Of Blood And Honey
Composer: Gabriel Yared
Release Date: 01/10/12

IN THE LAND OF BLOOD AND HONEY

Music Composed by
Gabriel Yared
(The Lives Of Others, Cold Mountain)

Set against the backdrop of the Bosnian War that tore the Balkan region apart in the 1990s, IN THE LAND OF BLOOD AND HONEY tells the story of Danijel (Goran Kostic´) and Ajla (Zana Marjanovic´), two people from different sides of a brutal ethnic conflict. Danijel, a soldier fighting for the Serbs, and Ajla, a Bosnian held captive in the camp he oversees, knew each other before the war, and could have found love with each other. But as the armed conflict takes hold of their lives, their relationship grows darker, their motives and connection to one another ambiguous, their allegiances uncertain. IN THE LAND OF BLOOD AND HONEY portrays the incredible emotional, moral and physical toll that the war exerts both on individuals and people as a whole, and the terrible consequences that stem from the lack of political will to intervene in a society stricken with conflict.
IIN THE LAND OF BLOOD AND HONEY is the directoral debut of Academy Award-winning actress Angelina Jolie.

In addition to three cues of score by Academy Award-winning composer Gabriel Yared (The English Patient), the album also features “Miss Sarajevo” by U2 side project Passengers featuring Luciano Pavarotti, Yared’s powerful song “When My Heart Dies” as performed by Natasa Mirkovic - De Ro, and a selection of Balkan songs from the film’s soundtrack.

Film District will open IN THE LAND OF BLOOD AND HONEY in limited release on December 23.