HANSEL AND GRETEL (2013) by ATLI ORVARSSON 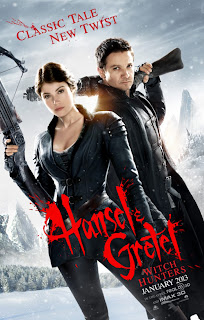 (West Hollywood, CA)- January 29, 2013—If the words “other-worldly,” “mysterious,” and “extreme” can be used to describe the preternatural landscapes and stirring emotions that Iceland evokes in our imaginations, then Icelandic composer Atli Orvarsson has certainly hit home with his score for the film Hansel and Gretel: Witch Hunters, now in theaters. Hansel and Gretel is a dark and edgy reinvention of the classic fairytale in which Hansel and Gretel have grown up to become highly-skilled bounty hunters out to rid the world of witches. Tommy Wirkola (Dead Snow) directs the film, and along with Dante Harper, Wirkola also wrote the screenplay. Hansel and Gretel is a Paramount Pictures/MGM production starring Jeremy Renner, Gemma Arterton, and Peter Stormare. In addition to scoring Hansel and Gretel, Orvarsson recently scored the dark drama/thriller A Single Shot starring Sam Rockwell. Orvarsson currently scores the hit NBC series Chicago Fire, for which he provides original music every week, and he is contributing music under Hans Zimmer to the new Zack Snyder Superman reinstallmentMan of Steel. The Hansel and Gretel score album is now available on La-La Land Records.

Orvarsson fondly dubs the music he created for Hansel and Gretel ‘Baroque ‘n Roll’ – a unique and complex mix of heavy metal, early classical and experimental dance influences that infuse heart-pounding energy into the action-packed scenes that comprise this adult-oriented thriller. The development of Orvarsson’s score involved drawing inspiration from the input and ideas of the Hansel and Gretel filmmakers. “If it hadn’t been for all of this experimentation, I never would have come up with this music the way it is,” he explains. “We experimented with going down several different roads during the writing process and ended up with elements from all of them. It was a fun ride.”

Orvarsson’s talent, experience, versatility, and skill combine with his Icelandic roots to produce an individualized and compelling style that contributes to his success as a musician and composer. Orvarsson earned three platinum and two gold records as a member of the Icelandic band Salin hans Jons mins before studying film composing at Berklee College of Music and the North Carolina School of the Arts. After arriving in Los Angeles, Orvarsson began working alongside TV veteran Mike Post on projects such as NYPD Blue and three Law and Order programs. Orvarsson soon caught the attention of the highly renowned composer Hans Zimmer who, impressed, extended an invitation to Orvarsson to join Zimmer’s team at Remote Control Studios. Orvarsson’s credits include orchestrating and writing music for some of Hollywood’s biggest projects, including the Pirates of the Caribbean series. He has contributed music to films including Angels and Demons and The Holiday, and has scored numerous films including The Eagle, Vantage Point, Babylon A.D., the Morgan Freeman caper Thick as Thieves, The Fourth Kind, and the Nicolas Cage medieval fantasy Season of the Witch.
Posted by Unknown at 10:07 AM No comments: 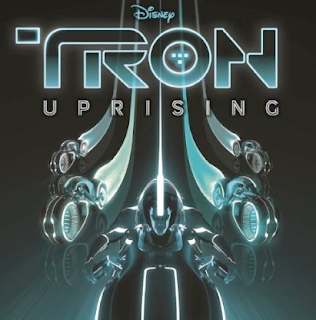 Bridging the gap between 1982's “TRON” and 2010's “TRON: Legacy,” composer Joseph Trapanese follows in the footsteps of Wendy Carlos' and Daft Punk's groundbreaking scores with his work on "TRON: Uprising."  As arranger and orchestrator he collaborated with Daft Punk on their "TRON: Legacy" soundtrack, a top 10 album in the US and certified gold with over 500,000 units sold.  For "Uprising," Joseph adapted the original Daft Punk synthesizer patches and sound palette used in TRON: Legacy for Beck's journey in Argon City, paying homage to the film while also broadening the sonic world of The Grid with new instrumentation and color.

“The artistic and creative directors of the series worked closely with the writers of the film to create a firm connection to the film while being its own unique, distinct world," said Trapanese. "That’s where this process was most rewarding, the ability to start with a framework of cool sounds, ideas, and textures, but then take it to the new places that the series went.”

Trapanese’s cinematic score paints an aural picture that matches “TRON: Uprising’s” futuristic animation. Set in the era of “TRON” between the stories in the 1982 feature film and Walt Disney Studios' “TRON: Legacy,” “TRON: Uprising” delves inside the computer world of The Grid and the people who live there with a visually striking series produced in CG animation with 2D aesthetic. “TRON: Uprising” stars Elijah Wood (Beck), Mandy Moore (Mara), Emmanuelle Chriqui (Paige), and Bruce Boxleitner reprising the role as Tron. Fans of TRON: Uprising will recognize Trapanese’s elegantly crafted compositions on the soundtrack.

“We had a lot more footage to cover than we had with the film, almost 7 hours,” says Trapanese. “And with animation, we’re not hindered by the limitations of visual effects and real world stunts. The scope can be much bigger.  Through the two years of collaboration with Daft Punk, we found a balance of electronics and orchestra that worked very well for The Grid, and I've tried to build on that. The remixes for the show are from artists whom I have a great respect for and Cole’s track is added on as his unique, artistic reaction to what we’ve been doing.”

A classically trained musician, Trapanese has played the piano and trombone from a young age—including performing at Carnegie Hall with the New York Youth Symphony. He completed his undergraduate work in music composition at the Manhattan School Of Music then continued at UCLA’s Music for Visual Media program for graduate school. Here, he was given the first ever Jerry Goldsmith Award in 2007. Soon after, Trapanese started working on “Dexter” as orchestrator.  Since then he has provided arrangements and orchestrations for “Percy Jackson & the Olympians: The Lightening Thief,” “Butter,” “Fast Five,” among numerous other films and television shows.

Posted by Unknown at 5:12 PM No comments: