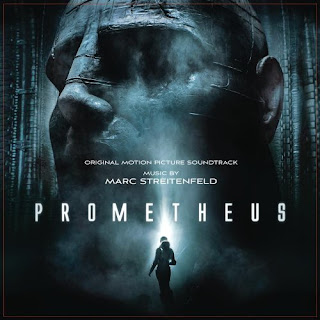 Much awaited, well wait, perhaps this year's MOST awaited movie is soon out and so is its score which is reportedly co-composed by Harry Gregson Williams. Let's see what Amazon.com has to say about this...and hear!

Since working as music supervisor on Ridley's Scott's 2005 film, Kingdom Of Heaven, Scott has called on Marc Streitenfeld to score all of his subsequent movies including A Good Year, Body Of Lies, Robin Hood and American Gangster, for which he was nominated for a BAFTA. Prior to his work as a composer, Streitenfeld had collaborated with Scott as music editor, music supervisor and technical score advisor on several projects, including Matchstick Men, Black Hawk Down and Gladiator.


http://www.amazon.com/Prometheus-Original-Motion-Picture-Soundtrack/dp/B007TBCTRK/ref=wl_mb_hu_m_2_dp
Posted by Unknown at 10:39 AM No comments: 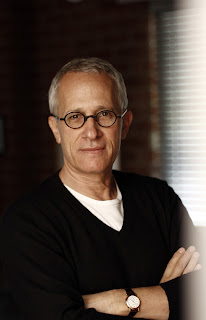 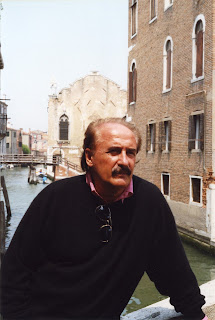 The music of award-winning composer James Newton Howard will be celebrated in concert at the 12th World Soundtrack Awards, which will be held at the Kuipke Events Centre in Ghent on Saturday, October 20th.  Howard is one of the most versatile and respected film music composers currently working in film.  A program of his impressive music will be performed by the renowned Brussels Philharmonic and be accompanied by select film clips.  The concert will be conducted by both Howard and Dirk Brossé.

In addition, composer Pino Donaggio will be receiving the World Soundtrack Lifetime Achievement Award at the event.  A selection of his work will also be performed at the concert.

Howard most recently scored the blockbuster film The Hunger Games. His credits include King Kong, The Sixth Sense, The Fugitive and Pretty Woman, among many others

In 2009, Howard won a Grammy Award along with Hans Zimmer for their score for The Dark Knight.

In 2008 he was crowned “Film Composer of the Year” at the World Soundtrack Awards for his score for Charlie Wilson’s War, Michael Clayton and I Am Legend.

Donaggio is a frequent collaborator of director Brian De Palma and has scored the filmmaker’s Carrie, Home Movies, Dressed To Kill, Blow Out, Body Double and Raising Cain.  Donaggio will also be scoring De Palma’s upcoming feature Passion.  His other credits include Don’t Look Now directed by Nicolas Roeg, Trauma directed by Dario Argento and The Howling directed by Joe Dante.  The Italian composer gained early recognition in Italy for his work as a singer and songwriter.

The Ghent Film Festival and its long-lasting partner, the Brussels Philharmonic, have expressed their passion for music organising prestigious film music concerts over the years in collaboration with the in-house composer and Music Director Dirk Brossé. This collaboration has put top-notch composers including Ennio Morricone, Elmer Bernstein, John Williams, Howard Shore, Angelo Badalamenti, John Barry and Hans Zimmer in the spotlight.

This collaboration grew into an international success and even resulted in Howard Shore turning to the Brussels Philharmonic for the recording of the score for Martin Scorsese’s The Aviator, which was awarded a Golden Globe. The Oscar-winning recording of the soundtrack of The Artist is another major highlight.

In addition to this, the Ghent Film Festival and the Brussels Philharmonic have recorded five CDs. The “For The Record” series is a collection of the most beautiful film music by composers Craig Armstrong (Romeo + Juliet, Love Actually), Mychael Danna (Little Miss Sunshine, Capote), Angelo Badalamenti (Twin Peaks, Blue Velvet), Shigeru Umebayashi (2046, House of Flying Daggers) and Gabriel Yared (The Talented Mr. Ripley, The English Patient). In October 2011 a collectors’ box was launched, which is available at www.filmfestival.be and in Fnac stores.

Tickets for the World Soundtrack Awards & concert cost €29, €39 or €49 and will be on sale at www.filmfestival.be.