The much hyped, expensive production (See the trailers and articles about it) is getting a score by Eshkeri, belonging in the RC team and who has shown some very good signs so far. Let's wait a bit and hear what this score will be like. Below you'll find some details about the score release. 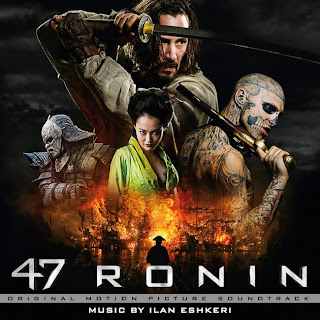 from varese, who's releasing it:

Keanu Reeves makes an explosive return to action-adventure in 47 RONIN. After a treacherous warlord kills their master and banishes their kind, 47 leaderless samurai vow to seek vengeance and restore honor to their people. Driven from their homes and dispersed across the land, this band of ronin must seek the help of Kai (Reeves) — a half-breed they once rejected — as they fight their way across a savage world of mythic beasts, shape-shifting witchcraft and wondrous terrors.

As this exiled, enslaved outcast becomes their most deadly weapon, he will transform into the hero who inspires this band of outnumbered rebels to seize eternity. Composer Ilan Eshkeri’s (Kick-Ass) epic score offers a powerful and exotic mix of cello, percussion and flute with symphony orchestra, capturing all the color, action, emotion and drama of the story. 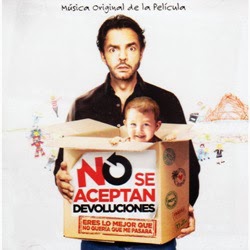 (Los Angeles, CA) November 26, 2013—Italian composer Carlo Siliotto supplies the musical heart to Eugenio Derbez's feature directorial debut Instructions Not Included, which has touched mass audiences becoming the highest-grossing Spanish language film in the U.S. and an all-time hit in its native country Mexico. Instructions Not Included follows the life of Acapulco playboy Valentin (Derbez) whose life is turned upside down when one of his girlfriends, Julie (Jessica Lindsey), leaves him with a baby he supposedly conceived. Valentin pursues Julie to the U.S., but instead settles down in Hollywood, becoming a highly coveted stuntman and providing a life for his beloved daughter, Maggie (Loreto Peralta). However, Julie turns up one day, seeking custody. Inspired by such films as Charlie Chaplin's The Kid and Roberto Benigni's Life Is Beautiful, Derbez tapped Siliotto for his talent to bring euphonious emotion to dramatic scenes.

"Carlo's music has a starring role in Instructions Not Included. I've seen so many people touched and moved by this movie and a lot of that has to with the music," exclaims Derbez who became acquainted with Siliotto's film music on La Misma Luna, in which the director previously starred.

For Instructions Not Included, Siliotto centered the score around three main recurring themes: "Mama's Letters" ("Cartas de Mama"), "Maggie Meets Her Mother" ("Maggie conoce a Mama") and "Johnny Bravo." In regards to the "Mama" cues, Siliotto explains that it was vital for him to capture "the theme of Maggie's separation from her mother as well as the strong relationship between Valentin and his daughter." Siliotto aurally paints key moments in the film with crescendos and in his use of a 70-piece orchestra comprised of strings, piano and clarinet. "The theme of 'Johnny Bravo' based on Valentin's tough-loving father is presented in 10-different shapes in the film and is used for the more action-driven scenes," adds Siliotto.

Italian-native Siliotto is a Golden Globe lauded composer, both in the U.S. and Italy, with respective original score nominations for the film Nomad the Warrior and The Flight of the Innocent. He studied guitar, violin and composition at the Conservatory of Frosinone and soon became a founding member of the popular '70s Italian folk band Canzoniere del Lazio. His career as a composer, orchestrator and violinist, both with Italian artists and symphonic orchestras soon led to a career in film scoring, working with such popular Italian directors as Maurizio Nichetti, Carlo Lizzani and Carlo Carlei. It was Siliotto's work on Carlei's MGM title Fluke that bridged the composer over to the U.S. Carlo Siliotto has scored over 100 films throughout the world including the Lionsgate's film The Punisher, The Ramen Girl starring the late Brittany Murphy and the upcoming bio-pic Vivaldi starring Alfred Molina, Brian Cox and Neve Campbell.

(pr piece through Costa Communications)
Posted by Unknown at 7:44 AM No comments: