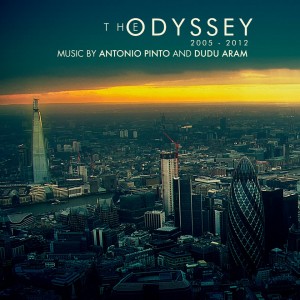 After the much-overlooked but deeply melodic score for "SENNA", Pinto has another release out that if you read the premise of the docu and the collaborating musicians for this one, you'll undoubtedly feel that something very good might come out of this.

The score comes from Lakeshore Records and it's for Asif Kapadia’s documentary The Odyssey. The album carries the film’s original score composed by Antonio Pinto (City of God, Lord of War) and Dudu Aram. For more info check the movie out here official Facebook movie website and here: http://festival.london2012.com/events/9000966355

(Los Angeles, CA) June 19, 2012— Mark Isham, Honorary President, will be joined by award-winning composer Blake Neely, Musical Director, at the 8th Annual International Film Music Festival this year in Córdoba, Spain (formerly held in Ubeda) from June 28th through July 1st. The Festival will feature recognized international composers, with music performances and screenings, including a viewing of Crash, with a special introduction from Mark Isham, the film’s composer.

Mark Isham’s trumpet performance with Carles Cases’ Band at last year’s International Film Music Festival impacted everyone from fans to the organization, leading to his appointment as Honorary President of the festival. Isham has long been celebrated for his musical contributions to film and television, receiving several awards, including a Grammy and an Emmy as well as Oscar and Golden Globe Nominations. Isham has collaborated with leading directors including Robert Redford and Frank Marshall. Isham’s compositions for notable films include Crash, The Black Dahlia, and A River Runs Through It. Most recently, he scored the family film Dolphin Tale, and the drama Warrior, for which he won the Hollywood Music in Media Award for “Best Score.” Isham’s current projects include ABC’s #1 new drama Once Upon A Time, created by Lost writers Edward Kitsis and Adam Horowitz, for which he records weekly with a full orchestra and vocalists to achieve the distinguished cinematic vibe. He is also currently scoring the feature Upside Down, and will be returning this fall to score Once Upon A Time, and the new series Beauty and the Beast.

Blake Neely’s contribution to the tribute of Michael Kamen at last year’s International Film Music Festival made for an emotional performance, and he further impressed the organization with his professionalism and interest, making him an obvious choice for Musical Director of the festival. Neely’s accolades include an Emmy Nomination and the 2011 GoldSpirit Award for Best Theme, The Pacific. In addition, Neely’s musical commissions include writing music for the Queen of England and the opening ceremony of the Winter Olympics. He also conducted at the FIFA World Cup Final Draw to a TV audience of nearly one billion people. Neely recently scored ABC’s period drama Pan Am¸ created by writer Jack Orman and directed by Thomas Schlamme. Neely incorporated a full orchestra to achieve a signature sound for the series. Next month, Neely’s music can be heard on USA Network’s mini-series Political Animals, and this fall on the CW’s new DC Comics series Arrow, both produced by Greg Berlanti, for whom Neely has scored over a dozen of series. He also returns for the sixth season of The Mentalist.

The International Film Music Festival will open with the official inauguration at Palacio de la Merced, followed by workshops, screenings, performances and panel discussions, concluding with a farewell party for guests and attendees. Other composers attending include Oscar winner Ludovic Bource (The Artist), Christopher Young (Spiderman 3), Murray Gold (Dr. Who), and Cliff Martinez (Drive). For more information regarding the Festival, please visit http://festivaldecordoba.com/
Posted by Unknown at 12:11 PM No comments: 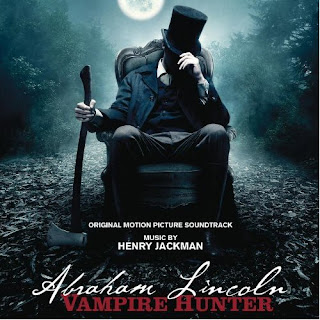 With a successful and eclectic career in both the record and film industries, Henry Jackman's musical work has ranged from chart topping collaborations with Mike Oldfield, Marc Almond, Coolio and Seal, to the esoteric as well as summer blockbusters, The Dark Night, Pirates of the Carribean: Dead Man s Chest and Puss In Boots, to art house projects. He combines a unique range of skills, which include classical composition, orchestral arrangement, beat programming, sound design, production and mixing. His orchestral compositions have been performed and recorded by musicians from the London Symphony Orchestra and the Los Angeles Philharmonic Orchestra. His ability to work alongside leading orchestral players and conductors is a vital part of his work. 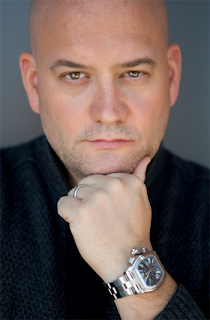 LOS ANGELES, May 31, 2012 – Film and television composer Trevor Morris – fresh off his 2011 Emmy and Gemini award wins – will head to Córdoba, Spain for this summer’s Festival Internacional de Música de Cine, i.e. The Cordoba International Film Music Festival (formerly International Film Music Festival City of Ubeda) at the end of June!  At the Festival, guests and fans from all over the world gather to celebrate music composed for film and television in one of the most beautiful cities in the world.  The Festival will include several symphony concerts featuring last year's best scores and classic scores.  http://festivaldecordoba.com

Additionally, Trevor just finished 2 TV movies/pilots, one called "Gotham" for director Francis Lawrence, who was recently announced as the director of the next "Hunger Games" film, as well as "666 Park Avenue," starring Vanessa Williams, Dave Annable, and Terry O'Quinn.    He is among a select group of prolific composers who earned coveted guest spots in the festival, which runs from June 25 through July 1.  Formerly held in Úbeda, this year marks the festival’s debut in its new home of Córdoba.

Morris will conduct his music live during two concerts – “The Best of the Year” on Friday, June 29, and “The Best of the Best,” on Saturday, June 30. He will also participate in a guest lecture for young musicians, a panel followed by a Q&A for fans, and an exclusive CD signing.

“I’m honored to be a part of this cultural event that celebrates what I love to create most, film music,” Morris said. “Having enjoyed the chance to work on several international-based projects in my career, Spain will be an ideal place to celebrate with colleagues and teach those eager to learn how to score for film and television.”

Morris is a multiple Emmy and Gemini Award winner for his work on Showtime’s “The Borgias,” “The Tudors,” and Starz Entertainment’s “The Pillars of the Earth.” He is once again scoring music for “The Borgias,” currently in its second season. His scores can also be heard on NBC’s “The Firm”; Relativity’s action-packed film, “Immortals”; Fox Atomic’s “The Hills Have Eyes”; Columbia and Warner Bros pictures’ “Something’s Gotta Give”; Anchor Bay’s “Beautiful Boy”; NBC’s “The Chase”; and CBS’ “Moonlight” and “Miami Medical,” among many others.

For more information on Trevor Morris, visit www.trevormorris.com.
Posted by Unknown at 9:38 AM No comments: