New Bruno Coulais score here, check out the release and the sound clips at this link: http://www.amazon.com/Ludwig-Original-Motion-Picture-Soundtrack/dp/B00AJRPJ46/ref=sr_1_64?s=dmusic&ie=UTF8&qid=1355603206&sr=1-64 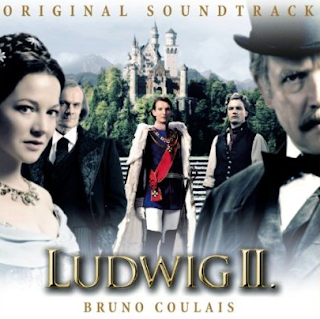 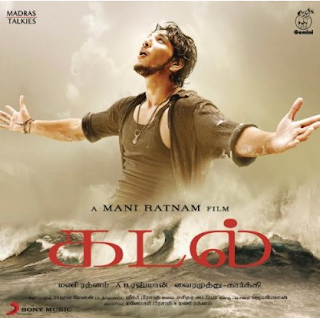 ALEXANDRE DESPLAT nominated for a Golden Globe award for ARGO 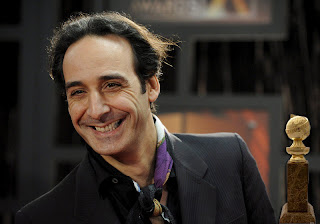 (West Hollywood, CA) December 13, 2012 – Film composer Alexandre Desplat receives Golden Globe nomination for Argo; this marks the composer’s sixth Golden Globe nomination with one win. Desplat also scored this year, five of the Best Picture nominees in various categories. Desplat said from his studio in Paris, “It is an honor to be nominated again by the HFPA. Writing the score for Argo was a rare experience. I wish to thank Ben Affleck, George Clooney, Grant Heslov and Chay Carter for taking me on-board their flight to Iran. I want to share this nomination with the brilliant musicians from all over the world who performed on my score.” In addition to best score, Argo received five nominations including Best Picture, Best Director, Best Actor, and Best screenplay; Ben Affleck directed film Argo.

The film's director Ben Affleck said, “We needed to find a theme that we would use throughout—obviously different instrumentation and tempo, but still the same piece of music." He turned to composer Alexandre Desplat. "Desplat was amazing at crafting an atypical score, incorporating uncommon instruments, many Middle Eastern in origin. It doesn’t feel too literal or cliché, but he created a sound that instantly puts you in that place.”

Desplat more recently created the scores for many films this year including “Moonrise Kingdom,” “Zero Dark Thirty,“ “Rise of the Guardians, and "Rust and Bone" - all Golden Globe nominated this year! Last year’s credits include "The Tree of Life,” directed by Terrence Malick; George Clooney’s “The Ides of March”; “Carnage,” which reunited him with Roman Polanski; Stephen Daldry’s “Extremely Loud & Incredibly Close”; and the two-film finale of the Harry Potter film franchise, “Harry Potter and the Deathly Hallows – Parts 1 and 2.”

Oscar® winner Ben Affleck (“The Town,” “Good Will Hunting”) directs and stars in “Argo.” Based on real events, the dramatic thriller “Argo” chronicles the life-or-death covert operation to rescue six Americans, which unfolded behind the scenes of the Iran hostage crisis, focusing on the little-known role that the CIA and Hollywood played—information that was not declassified until many years after the event. On November 4, 1979, as the Iranian revolution reaches its boiling point, militants storm the U.S. Embassy in Tehran, taking 52 Americans hostage. But, in the midst of the chaos, six Americans manage to slip away and find refuge in the home of Canadian Ambassador Ken Taylor. Knowing it is only a matter of time before the six are found out and likely killed, the Canadian and American governments ask the CIA to intervene. The CIA turns to their top “exfiltration” specialist, Tony Mendez, to come up with a plan to get the six Americans safely out of the country. A plan so incredible, it could only happen in the movies.

www.argothemovie.com
Posted by Unknown at 11:09 AM No comments:

MovieScore Media surprises with another gorgeous and unknown gem: 90 MINUTES, by HENRIK SKRAM 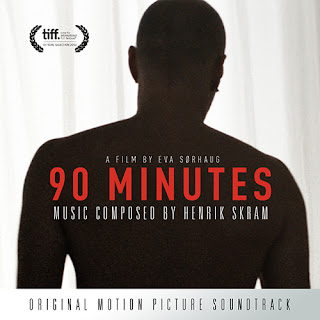 It wouldn't be the first time MovieScore Media releases a completely wonderful score by an unknown composer, as is practically what the label specializes at. If you want my advice, do not pass on this one. It's beautiful. Up there with Zbigniew Preisner's mesmerizing waltzes and musical fields, or the beautiful themes of Jan A.P.Kaczmarek, this is yet another small orchestral (with emphasis on piano and strings) gem by MovieScore Media. Chamber-musical and melancholic, it's a must-listen for this year.

Go over MSM's site and listen for yourselves! http://moviescoremedia.com/90-minutes-henrik-skram/

Beautifully crafted by newcomer Henrik Skram and performed with great sensibility by the Budapest Symphony Orchestra, the original score for Norwegian drama 90 Minutes (starring Aksel Hennie of Max Manus fame) is a mesmerizing listening experience where transparent writing for strings and melodic piano themes form the backbone of the soundtrack.

“Johan’s Theme and Variations” features in five versions throughout the album and is in its most clean version a nostalgic and elegant waltz for piano, plucked strings and harp that has an instant appeal akin to that of the melodic writing of such film music greats as Gabriel Yared and Zbigniew Preisner. MovieScore Media’s digital album also features a new recording of Puccini’s famous aria, ‘O Mio Babbino Caro’, featuring soprano Eszter Magyari.

Considering composer Clint Mansell has worked with Darren Aronofsky on all of the director's films to date, it's not a big shock that they will be working together once again. But still, it's nice to get some confirmation, and indeed, during a masterclass at the Marrakech Film Festival Aronofsky confirmed that Mansell will be back for his Bible epic "Noah." But perhaps most revealing is Aronofsky's description of their working relationship.

Read all about it here: http://blogs.indiewire.com/theplaylist/darren-aronofsky-confirms-clint-mansell-is-scoring-noah-discusses-their-working-relationship-20121211
Posted by Unknown at 9:34 PM No comments:

Madison Gate Records, have put up Desplat's new score for you to listen, just CLICK HERE to get over to soundcloud. 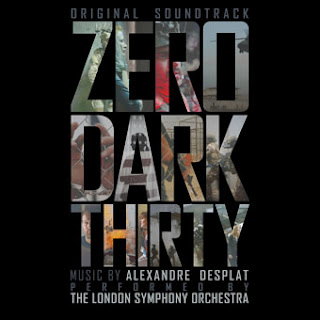 Here's imdb info on the movie:

Zero Dark Thirty (2012)
A chronicle of the decade-long hunt for al-Qaeda terrorist leader Osama bin Laden after the September 2001 attacks, and his death at the hands of the Navy S.E.A.L. Team 6 in May, 2011.
Director: Kathryn Bigelow
Writer: Mark Boal (screenplay)
Stars: Chris Pratt, Jessica Chastain and Joel Edgerton 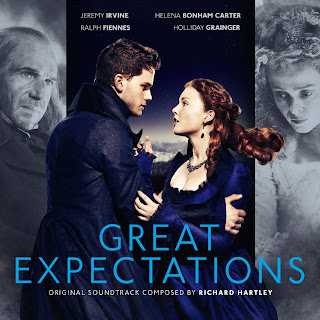 Scored by esteemed Emmy Award winning British composer Richard Hartley (Rocky Horror Picture Show, Doctor Who) this moving orchestral album brings a poignant accompaniment to the BBC film, Great Expectations.
Great Expectations is a British film adaptation of Charles Dickens' novel of the same name, depicting the growth and personal development of an orphan named Pip who suddenly becomes a gentleman with the help of an unknown benefactor. The film is written by David Nicholls and directed by Mike Newell. 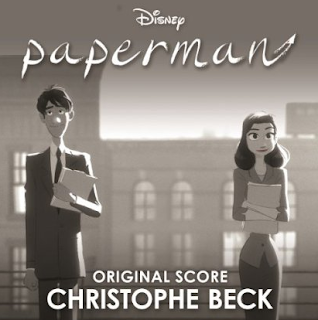 More about it here
Posted by Unknown at 11:55 AM No comments: 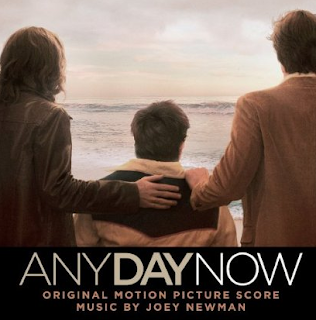 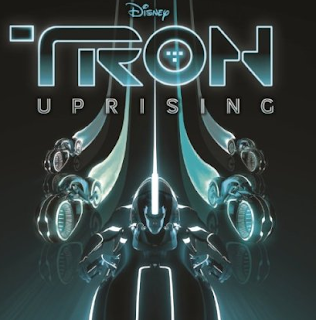 The animated series TRON: Uprising, premiering on Disney XD on June 7th, takes place after the 1982 feature film and before the events in TRON: Legacy. Produced in CG animation with a 2D aesthetic, the series follows the heroic journey of a new character named Beck (voiced by Elijah Wood), a young program who becomes the unlikely leader of a revolution inside the computer world of The Grid.
Posted by Unknown at 11:44 AM No comments: