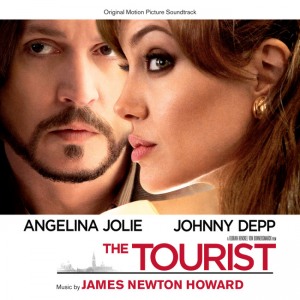 Varese Sarabande Records﻿ has announced a soundtrack album for the upcoming movie The Tourist starring Johnny Depp and Angelina Jolie. The album features 21 tracks from James Newton Howard’s score, as well as one track from the original composer on the movie, Gabriel Yared.

http://www.cinemamusica.de/1566/zwischen-schusswechsel-und-bettromanze-first-listen-zu-the-tourist-
Posted by Unknown at 8:14 AM No comments: 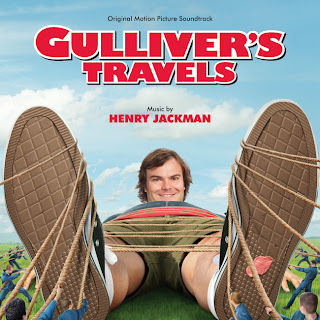 New project for Martinez, at last.

Source here.
Posted by Unknown at 10:43 AM No comments: 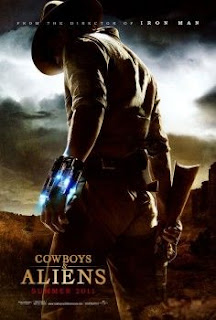 According to the film’s new trailer, Harry Gregson-Williams has been hired to score the upcoming sci-fi action movie Cowboys & Aliens. For more info visit the source site here.
Posted by Unknown at 2:13 PM No comments: 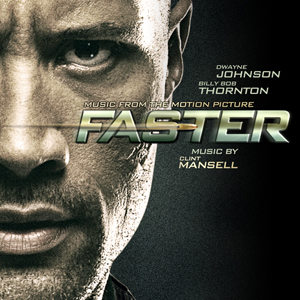 Lorne Balfe to join Hans Zimmer on ‘The Dilemma' 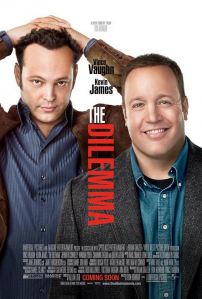 Film Music Reporter has learned that Lorne Balfe will be the co-composer of Ron Howard’s upcoming comedy The Dilemma alongside Hans Zimmer, who previously has been announced as the film’s composer. 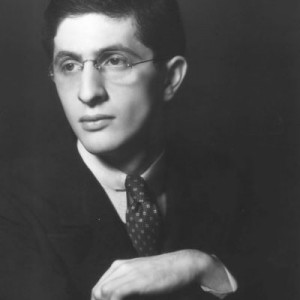 November 16, 2010. The International Film Music Critics Association (IFMCA) is proud to announce the formation of the IFMCA Legends archive, celebrating the life and work of some of film music’s greatest historical artists.

Although the primary focus of the IFMCA is the celebration of the best in modern contemporary film music, it is also fully aware of the amazing legacy of groundbreaking music left by the classic Golden Age and Silver Age composers of decades past. To that end, the IFMCA has established the IFMCA Legends archive, which celebrates the work of these cinematic pioneers. Other than their musical contribution, the only other criteria necessary to become a member of the IFMCA Legends archive is to be deceased.

Each year, starting this year, IFMCA members will vote on new inductees who, in their opinion, have left an indelible mark on the world of film music through their groundbreaking scores, and who are deserving of recognition for their work. Each inductee will be the subject of an in-depth essay written by one of the IFMCA’s members, highlighting their life and most important scores, and which will be featured in a special new section on the IFMCA website.

The archival articles on these composers will be written by IFMCA members Jon Broxton, Bob den Hartog, James Southall, Konstantinos Sotiropoulos and Paul Cote, and will be published on the IFMCA website at http://filmmusiccritics.org/ over the course of the next few days.

The International Film Music Critics Association (IFMCA) is an association of online, print and radio journalists who specialize in writing about original film and television music.

The IFMCA was originally formed in the late 1990s as the now-defunct “Film Music Critics Jury” by editor and journalist Mikael Carlsson, a regular contributor to Music from the Movies, and the owner of the Swedish independent film music label MovieScore Media. Since its inception, the IFMCA has grown to comprise over 50 members from countries as diverse as Australia, Belgium, Canada, Cyprus, France, Germany, Greece, Ireland, Italy, the Netherlands, Poland, Spain, Sweden, Switzerland, the United Kingdom, and the United States of America.

The group’s main focus is the IFMCA Awards, which it presents annually to the best original scores from motion pictures, television and video games from the preceding calendar year. Previous IFMCA Score of the Year Awards have been awarded to Michael Giacchino’s UP in 2009, Alexandre Desplat’s THE CURIOUS CASE OF BENJAMIN BUTTON in 2008, Dario Marianelli’s ATONEMENT in 2007, James Newton Howard’s LADY IN THE WATER in 2006, John Williams’ MEMOIRS OF A GEISHA in 2005 and Michael Giacchino’s THE INCREDIBLES in 2004.

For more information about the International Film Music Critics Association, its members and the list of past awards, please visit http://www.filmmusiccritics.org or contact press@filmmusiccritics.org. You can also follow the IFMCA on Facebook. http://www.facebook.com/ifmca
Posted by Unknown at 11:04 AM No comments: 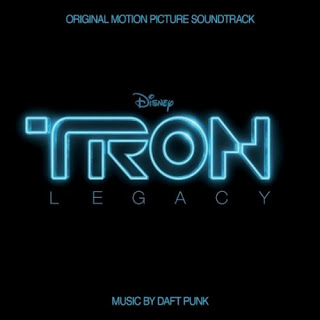 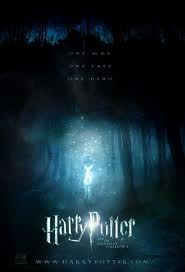 Warner Bros has officially confirmed that Alexandre Desplat will be back as the composer for the last installment in the Harry Potter series Harry Potter and the Deathly Hallows: Part 2.
Read more here.
Posted by Unknown at 11:53 PM No comments: 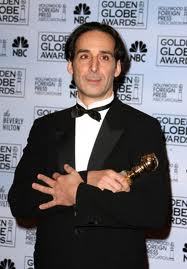 Check out the new interviews with composer Alexandre Desplat on his score for Harry Potter and the Deathly Hallows: Part 1 which have been published online during the last couple of days.
Read the articles here, here, and here.
Posted by Unknown at 11:51 PM No comments: 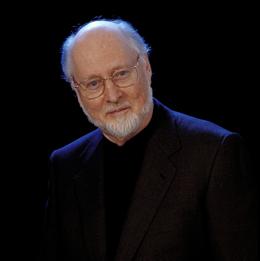 Film Music Reporter has been able to confirm that John Williams is officially attached to score Steven Spielberg’s War Horse.
For more, visit the source here: http://filmmusicreporter.wordpress.com/2010/11/06/john-williams-confirmed-for-war-horse/
Posted by Unknown at 11:48 PM No comments:

THE TOURIST
Original Motion Picture Soundtrack
Music Composed by
James Newton Howard
(Duplicity, Peter Pan, I Am Legend)
Johnny Depp stars as an American tourist whose playful dalliance with a stranger leads to a web of intrigue, romance and danger in The Tourist. During an impromptu trip to Europe to mend a broken heart, Frank (Depp) unexpectedly finds himself in a flirtatious encounter with Elise (Angelina Jolie), an extraordinary woman who deliberately crosses his path.
Against the breathtaking backdrop of Paris and Venice, their whirlwind romance quickly evolves as they find themselves unwittingly thrust into a deadly game of cat and mouse.
James Newton Howard provides a worldly, romantic and exotic score.
Sony Pictures opens THE TOURIST on over 3500 screens on December 10.
Varèse Sarabande Catalog #: 302 067 075 2
Release Date: 12/21/10
Posted by Unknown at 12:18 AM No comments: 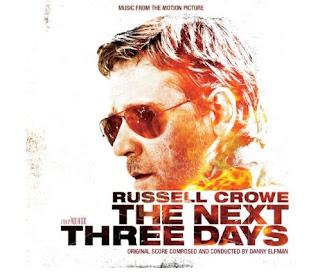 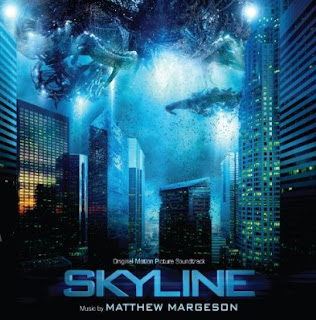 sound clips here.
Posted by Unknown at 7:46 AM No comments: 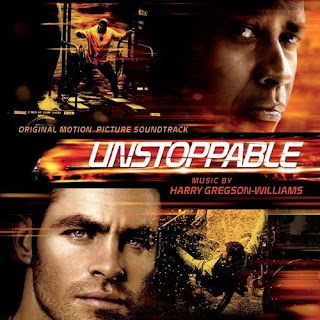 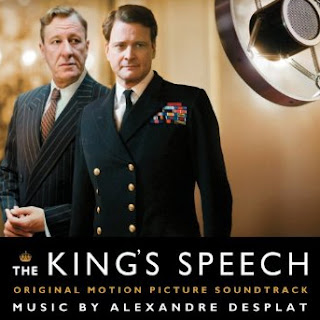 SOUND CLIPS here.
Posted by Unknown at 7:40 AM No comments: 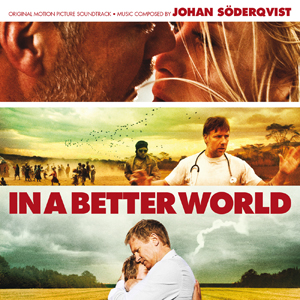 IN A BETTER WORLD
Music Composed by
JOHAN SÖDERQVIST

"Johan Söderqvist's score is a small masterpiece, he nails all the right emotions, accentuates the narrative and marks up its different layers ingeniously." - Dagens Nyheter

Continuing our exciting relationship with Swedish composer Johan Söderqvist (Let the Right One In), we are proud to release his brilliant and unique score for the critically acclaimed drama In a Better World.

This is Johan's eighth film together with Danish auteur Susanne Bier, and while the music certainly has the same touch of intimacy and emotional depth as the previous Bier/Söderqvist collaborations (such as Brother and After the Wedding), In a Better World is also highly original in its use of instrumental colors.

Carrying the tone in the score is the African instrument Mbira as well as some heartbreakingly beautiful vocal solos - everything elegantly sweeped in Söderqvist's very personal mix of warm string writing and shimmering electronics. In a Better World could very well be both Susanne Bier's and Johan Söderqvist's most impressive works to date. Not to be missed! 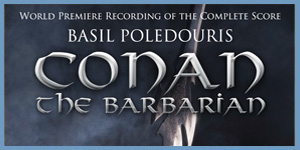 * Previously Unrecorded
Posted by Unknown at 11:25 PM No comments: